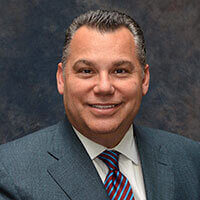 Bill is a great leader and a high energy doer. No challenge is too great and his ability to manage and motivate people could be his greatest asset. No nonsense yet thoughtful in achieving goals with an eye toward consequences of each decision. Excellent at building team consensus and delegating others to achieve mutual benefits.

Bill Cosgrove imagines a competitive landscape defined by the technology of predictive analytics to, in his words, “collect data and collect customers.” With many LO’s transitioning from face-to-face interactions to virtual customer relationships, he sees this type of technology as the most effective way for companies to find and engage prospects. Some will ‘swing and miss’ he says, but there will also be a lot of home runs with this technological approach.