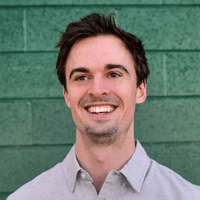 Mr. Diedrich is the Chief Executive Officer and co-founder of Covered. Under his leadership, Covered has been recognized on HousingWire’s “Tech100” list of most innovative companies in housing, BuiltInColorado’s “Top 50” startups to watch in 2018, and has been featured in WIRED Magazine. Previously, Mr. Diedrich was the VP of Structured Products and CD Trading at Nathan Hale Capital where he grew revenue 5.6x and achieved the highest ROI in the company. He regularly ranked in the top 3 traders in the country. During his tenure at Nathan Hale Capital, he achieved the prestigious Chartered Financial Analyst designation.

A recent study by the insurance institute came out and said there has been a 20 percent decrease year over year in customers who want to use a local agent. It’s about 52 percent of consumers actually buy insurance because of a relationship and that trend is looking like it will be closer to 30 percent over the next couple of years.