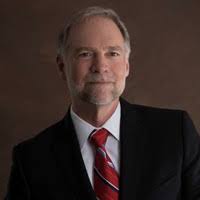 A lot of people have the income and means to buy a new home and are stuck on the notion, for whatever reason, that they can’t do it. I think they’d be surprised that they actually could qualify.